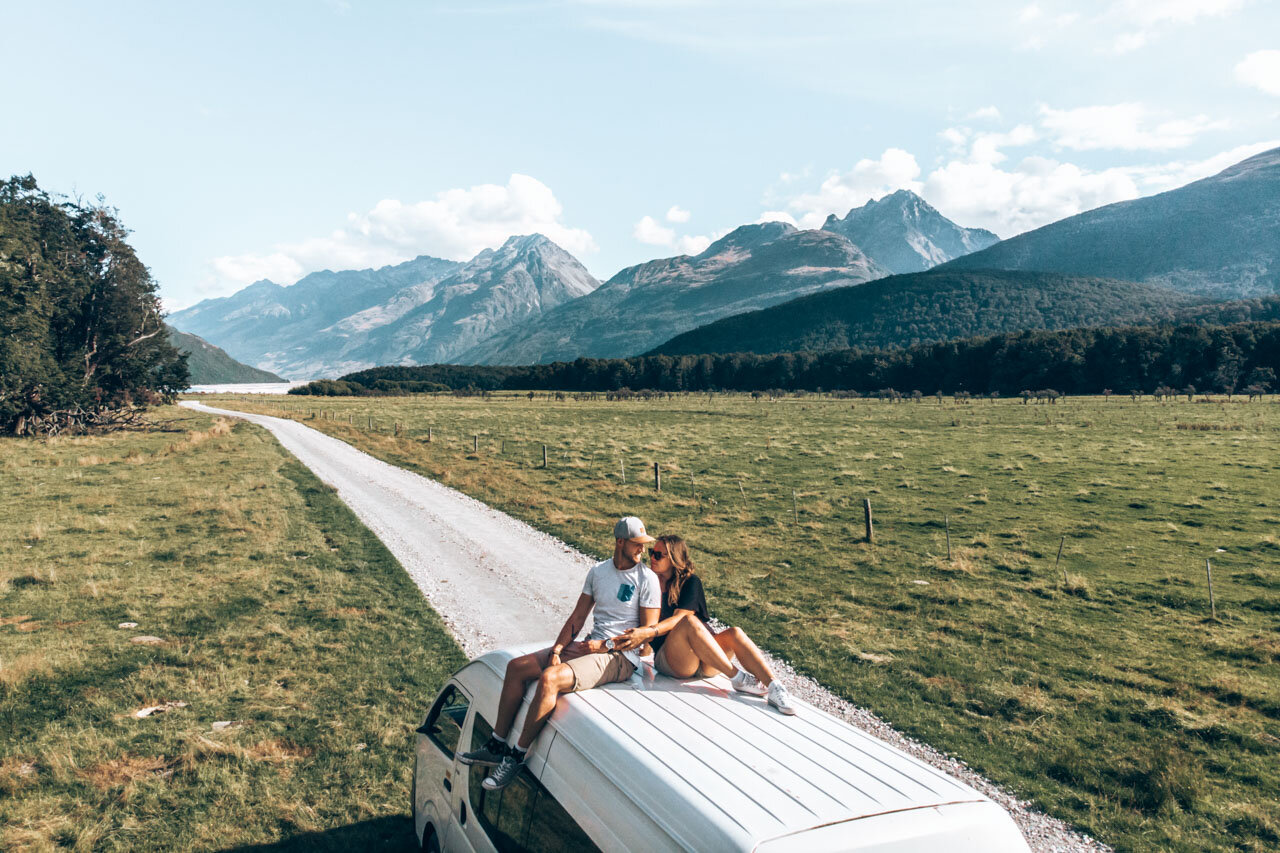 May 8 Queenstown to Glenorchy - New Zealand's most scenic drive

We can all agree that Queenstown is stunning. But the scenery gets even better when you venture outside of the city limits. We’re talking about the famous drive from Queenstown to Glenorchy that offers some of the most incredible views in the area, and maybe even the whole country.

This scenic drive is an absolute must-do when you’re visiting Queenstown, so in this blog post we’ll tell you all about it, including the best places to stop along the way!

The distance between Queenstown to Glenorchy is only 46 kilometres but the drive takes about 45 minutes without stopping due to road conditions. But we think you should take many, many stops, because if you don’t stop you’ll miss some of the most breathtaking views New Zealand has to offer. So account for at least half a day!

Scenic drive from Queenstown to Glenorchy

The road from Queenstown to Glenorchy runs alongside the shimmering blue Wakatipu Lake and is aptly named the Glenorchy-Queenstown Road. The mist covered mountains provide the perfect backdrop while the drive takes you through the forest and along cliff edges, with a new spectacular view around every bend.

There are countless stopping bays alongside the road to give you the opportunity to better take in the views, but if you don’t know where the best spots are, you’ll want to stop at each and every one of them and the drive would take days.

These are the spots along the Queenstown - Glenorchy drive that you’ll definitely want to see:

Shortly after setting off on the Glenorchy-Queenstown Road, just after driving out of the Sunshine Bay neighbourhood, you’ll get to a small gravel stopping bay by the side of the road. This is Little Thailand Viewpoint.

From this viewpoint you have a beautiful view over Lake Wakatipu, and if you time it right you can see the vintage ship TSS Earnslaw through over the water. Also, bring your swimwear because a little path leads from the viewpoint to the cliffs below, where you can cliff jump down into the lake 7 meters below.

Moke Lake isn’t technically along the Glenorchy-Queenstown Road but so worth the little detour if you have a bit of extra time.

When you continue on from Little Thailand Viewpoint, take the first turn right onto Moke Lake Road (they really suck at coming up with original names for roads in New Zealand). Along this road about a thousand menacing looking cows will stare at you as you drive past and after about 15 minutes you reach the lake.

This beautiful lake surrounded by greenery lies hidden away in between the mountains Ben Lomond and Mount Crichton. The whole setting feels very peaceful and remote, and you completely forget that busy and buzzing Queenstown is less than 15 km away.

The next stop is Wilson Bay. This tranquil bay with its pebblestone beach is clearly signposted and has a large car park. Wilson Bay offers wide open vistas over the lake, and again we hope you brought your swimwear because on a nice summer day this is the perfect spot for a swim.

How far is Glenorchy from Queenstown?

Glenorchy is 46 kilometers from Queenstown and the drive takes 45 minutes without stopping. Depending on the stops you want to make you should allow 2-4 hours for the drive.

Bobs Cove is the next inlet another highlight on this gorgeous Queenstown drive.

Park at the indicated car park next to the road. From here a short 20 minute track takes you down through the woods, alongside the shore and some nice sandy beaches, to the other side of the cove.

Here you’ll find the most picturesque jetty sticking out over the crystal clear water. From the jetty you can continue up another 15 minutes to get to Bobs Cove lookout. From the lookout you have a great view over the narrow neck of the peninsula that separates Bobs Cove from Lake Wakatipu, and on a clear day you can see the Remarkables in the distance!

Just after the road turns towards the north, it starts climbing steeply alongside the cliffs. Just as you reach the top, there is another gravel stopping bay next to the road.

This point is called Bennetts Bluff Lookout and it provides another mind blowing view over its surrounding scenery. It is the first point from where you can see the mountains on the north and west sides of Lake Wakatipu.

From this viewpoint you also look down on the somewhat mysterious Pigeon and Pig Island in the middle of the lake, and the mouth of the Dart River in the distance behind the islands.

So after this beautiful drive, that probably took you half a day instead of 45 minutes, you get to the charming town of Glenorchy. This small town is a popular tourist attraction because of adventure activities like jet boating and scenic flights over the surrounding mountains and over Milford Sound. Not to mention the Glenorchy Lord of the Rings filming locations.

The area around Glenorchy is great for hiking, but the town itself is also very picturesque with its iconic “Glenorchy” boatshed and jetty onto the lake. Make sure to fuel up at the Glenorchy Cafe and stroll down the Glenorchy walk which takes you over boardwalks in the Dart river valley.

Glenorchy is located next to the mouth of the Dart River. This river is very shallow and runs a bit different every year, month and week. It gets fed by melting water from the surrounding alps and glaciers, and parts can even run dry depending on the time of the year.

Because the Dart River is so shallow, normal boats can’t navigate it, but fortunately jet boats can. And as a fun bonus; jet boats are very, very fast and nimble. From Glenorchy you can go on jet boat rides that take you up the Dart River, through the most incredible mountain landscapes to untouched parts otherwise not accessible. For something extra, check out funyaking, this combines the thrilling jet boat ride with a kayaking trip downstream.

Make sure to go extra early if you’re planning on taking any photos in Glenorchy. We got to Glenorchy around lunchtime and had to wait about 45 minutes to get the jetty to ourselves for a whole 5 seconds so we could take a photo without other people in it.

Just a little bit further from Glenorchy lies Diamond Lake. On a windstill day, this swampy lake shows the most stunning reflections of the Humbolt Mountain Range.

There is a DOC campsite here as well, where a million sandflies reside. We got bitten by sandflies at least 70 times in the 15 minutes we spent at the lake, so we decided against spending the night there. 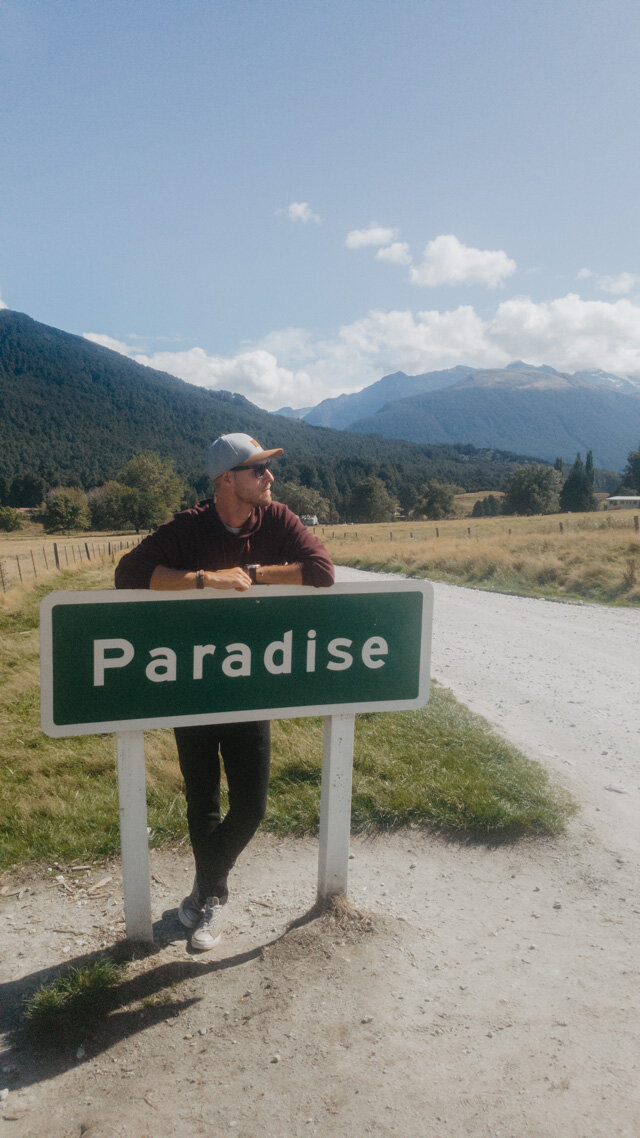 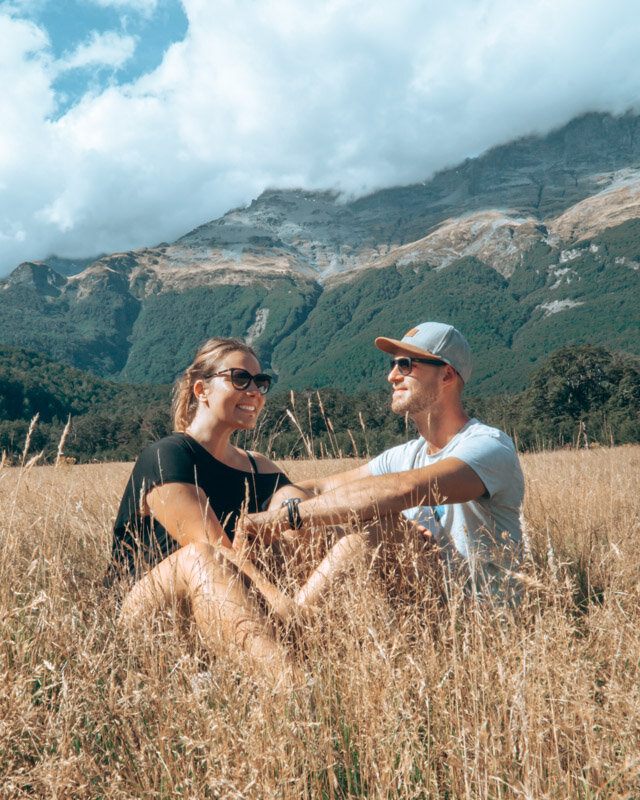 If you still want some more adventure, you should continue driving up from Glenorchy to Paradise. What? Paradise?

Yes, this place is actually called Paradise, and it seriously qualifies as off the beaten path.

To get to Paradise, drive north from Glenorchy over the Glenorchy-Paradise Road (yup, another very original name). The first part of the road is still paved, but shortly after crossing the one-lane bridge over the Rees River, a side arm of the Dart River, it turns into a gravel road. The scenery is simply epic with massive mountain ranges in every direction.

Did you know that many of the shooting locations for the Lord of the Rings movies were along the drive from Queenstown to Glenorchy and Paradise?

From Paradise you can continue even further to Chinaman’s Bluff from where you can walk towards Dart River hut. The road past Paradise isn’t that well mantained and you’ll have to drive over several streams. Depending on the amount of rainfall, you might need a 4WD because parts of the “road” can get flooded, but that just adds to the fun. We can assure you that the scenery is worth the trouble.

On the other side of the mouth of the Dart River from Glenorchy lies Kinloch. Kinloch itself isn’t much; there is a lodge, a hostel, a campsite, a few houses, some sheep and cattle, and that’s about it.

So why do we even mention Kinloch at all? Well, just north of Kinloch is the starting (or ending) point of the Routeburn Track, one of New Zealand’s nine Great Walks that ends (or starts) in Fiordland National Park. Many people who do the Routeburn Track, spend a night in Kinloch so they’re as close as possible to the starting point and can start in the early morning. DOC advises to take 3 days to complete the Routeburn Track (we know quite a few people that have done it in one day), but you can also do parts of it as day hikes.

Even though Glenorchy and Kinloch are only 4 km apart in a straight line, it still takes half an hour to get there. This is because you have to drive around the widest part of the Dart River, to get to a bridge that crosses the river. The drive is no punishment though, because it is again incredibly scenic.

Where to stay in Queenstown

When it comes to accommodation in Queenstown you’ll be spoilt for choice, this lively town has so much to offer! Queenstown is a young and touristy town with a great choice of restaurants and bars. Here you can spend days, even weeks just taking in the views, doing excursions, jumping off bridges and dancing you nights away.

Where to stay in Glenorchy

If you’d like to escape the crowds of Queenstown and take some extra time to explore around Glenorchy, Paradise and Kinloch, staying in this area is the best decision. Therefore have a look below at the places we recommend staying at.

And that’s it, the highlights of the Queenstown to Glenorchy (and Paradise) scenic drive! Believe us when we say that it is one of the most drives, if not the most scenic drive in New Zealand, and you simply can’t miss out on it if you’re visiting the Queenstown area.

Try it for yourself and let us know how much you liked it in the comments below.

Drive to Milford Sound - it’s only 30km in a straight line from Glenorchy!

Pin it so you don't lose it!

Have you done the drive to Glenorchy and Paradise? Would you like to go?
Let us know in the comments! 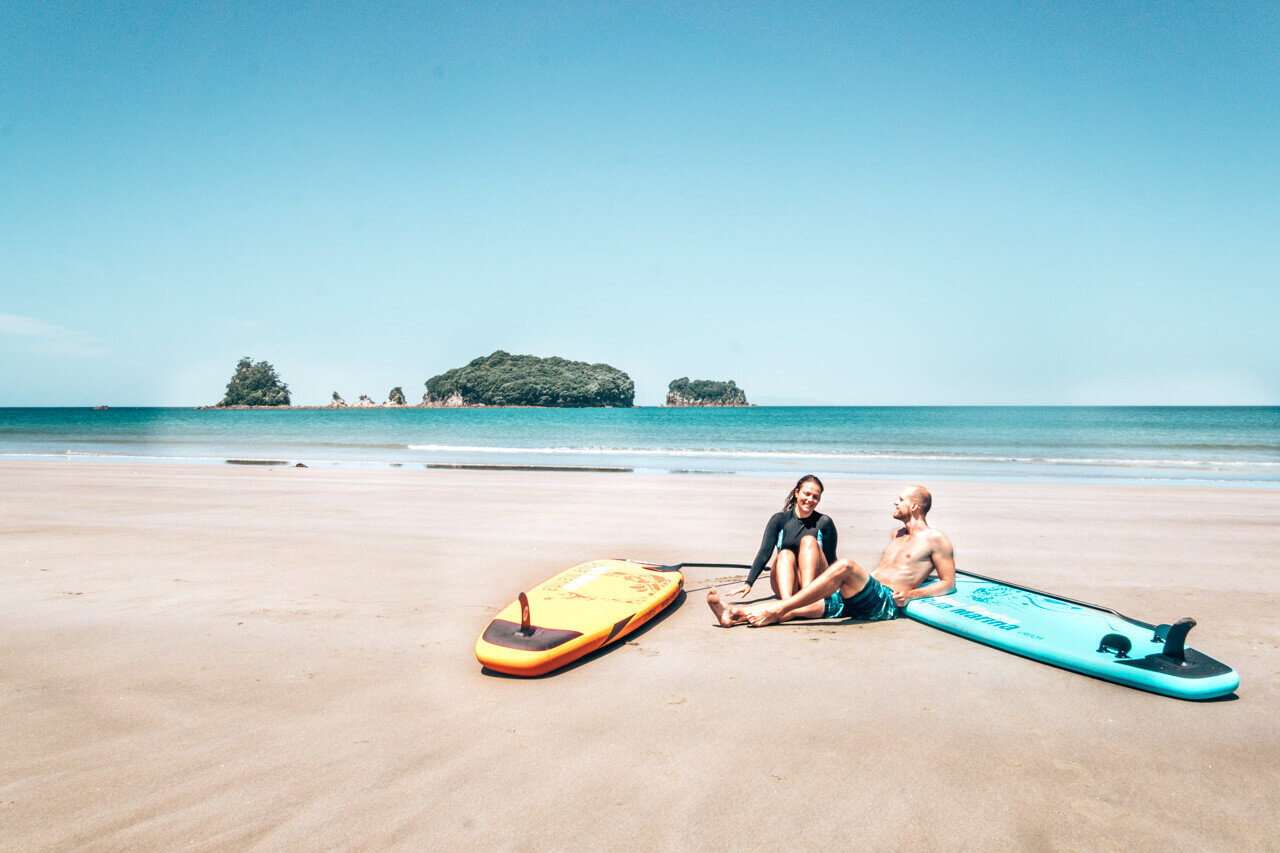 How to paddle or kayak to Donut Island, Whangamata, New Zealand 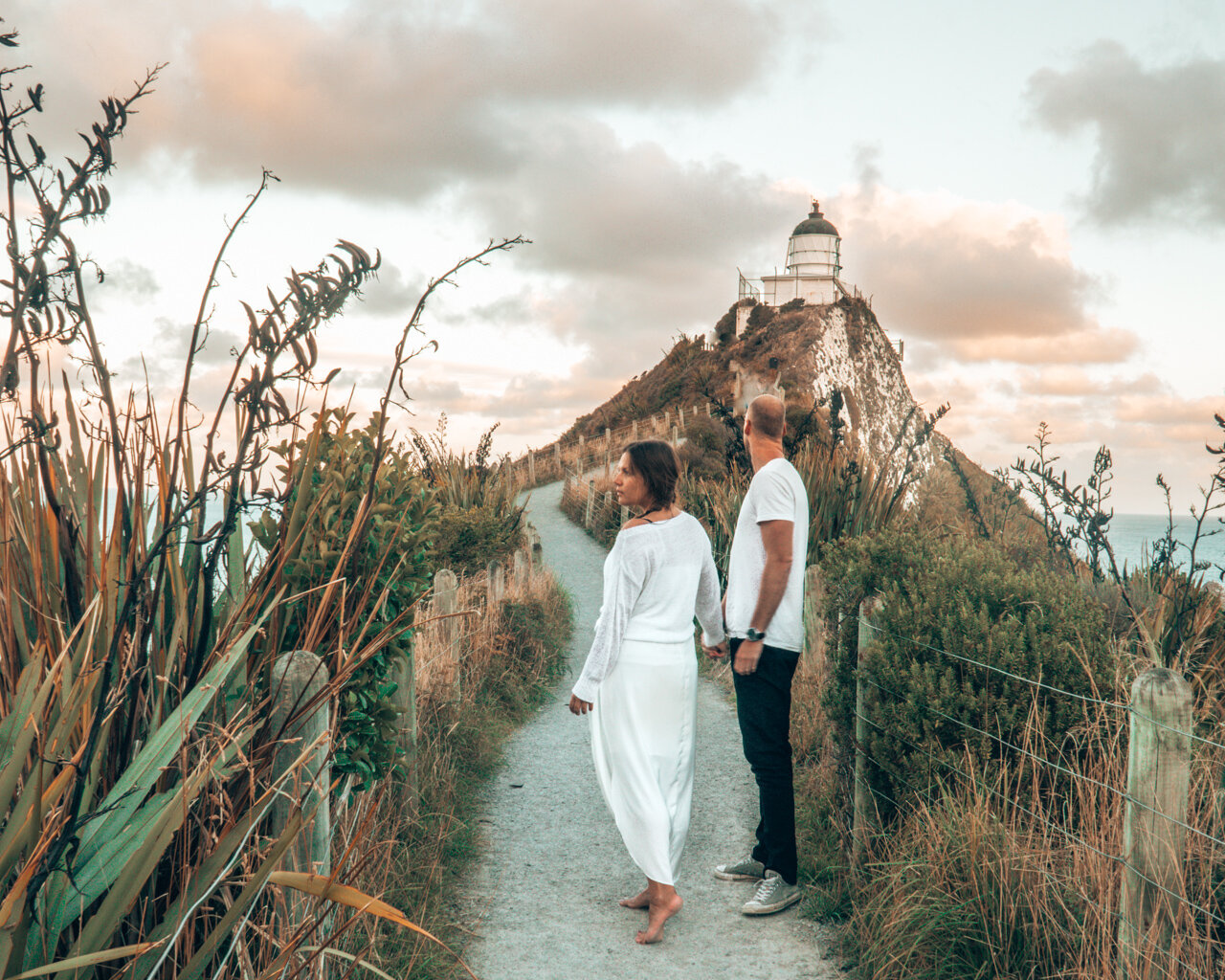 What to do in The Catlins - New Zealand 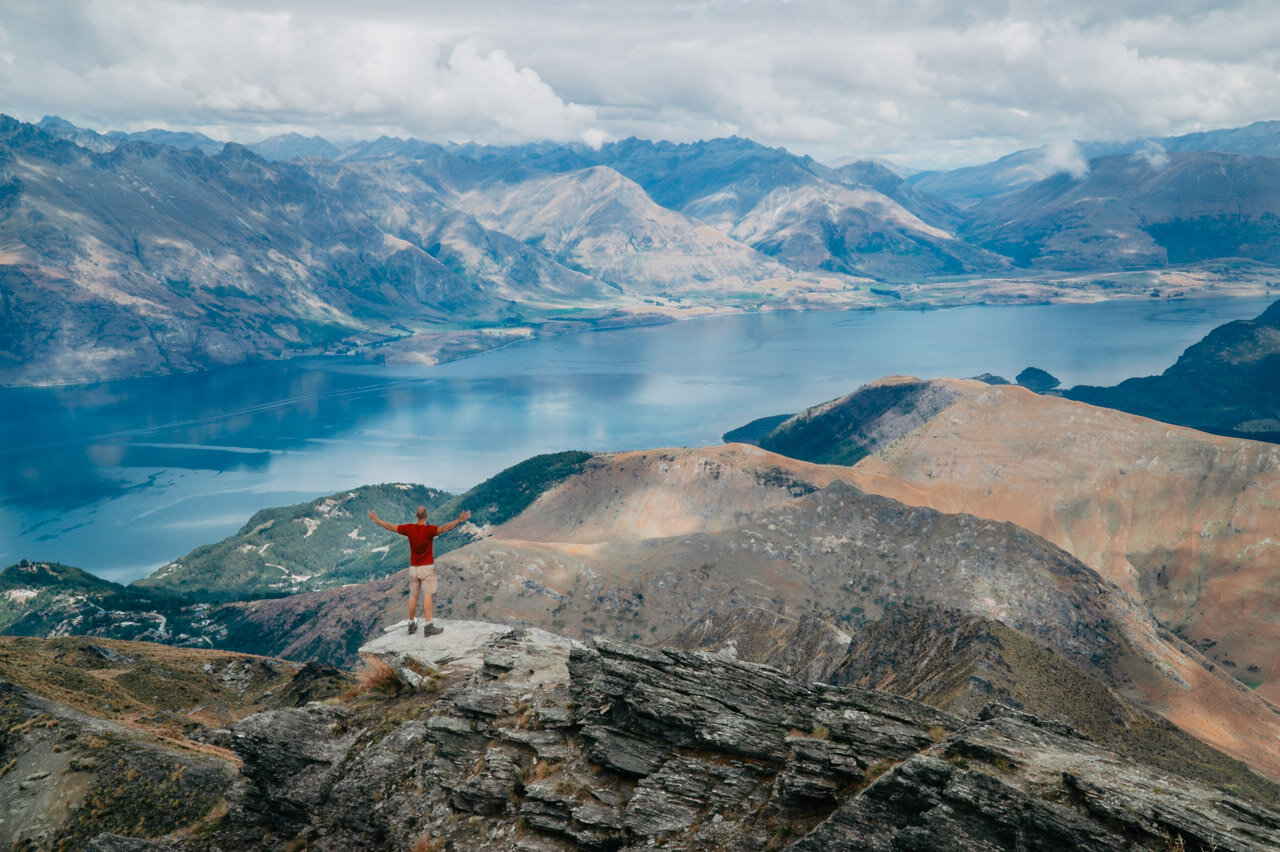 How to hike the Ben Lomond track - Queenstown 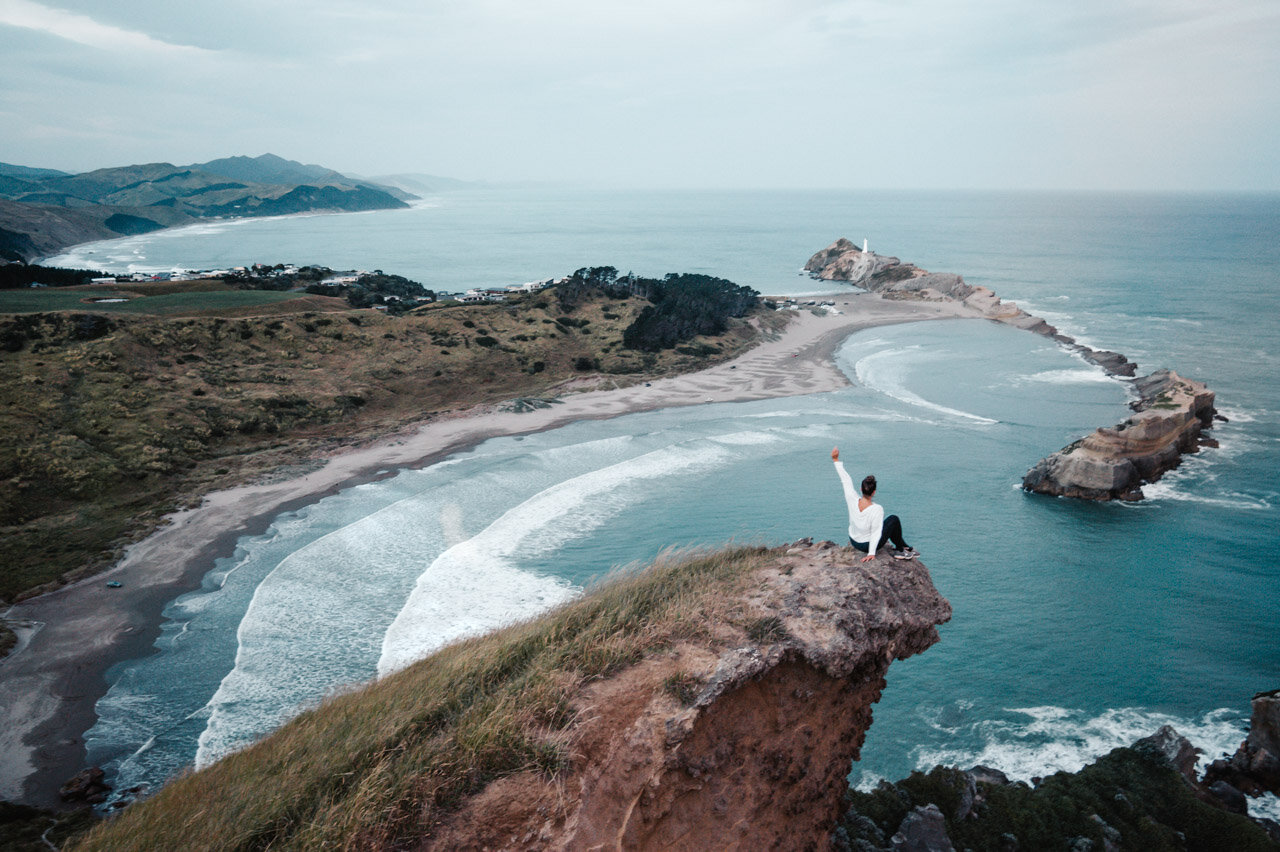 Castlepoint New Zealand - The most Instagrammable spot on the North Island 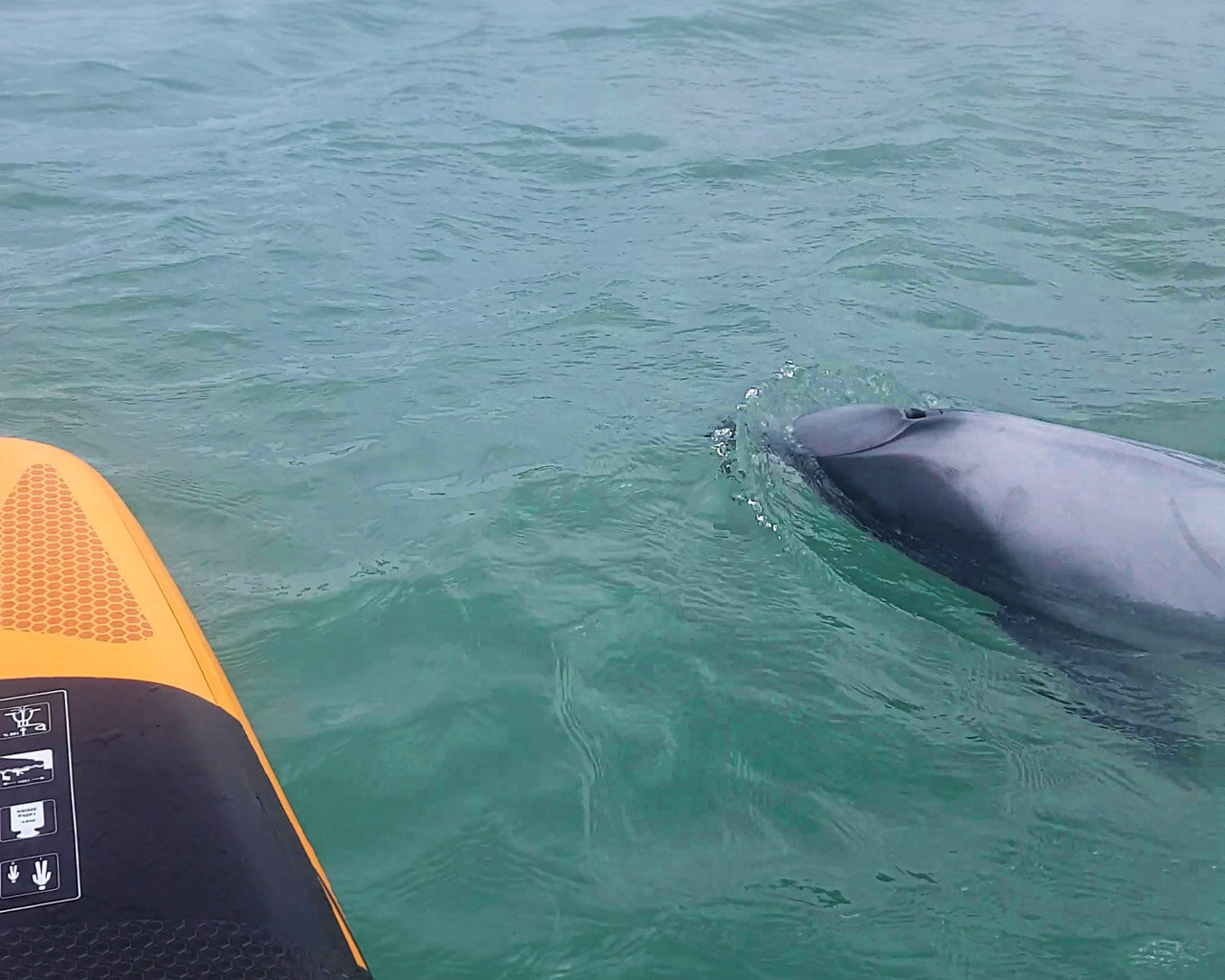 How to see dolphins in Curio Bay - New zealand must do 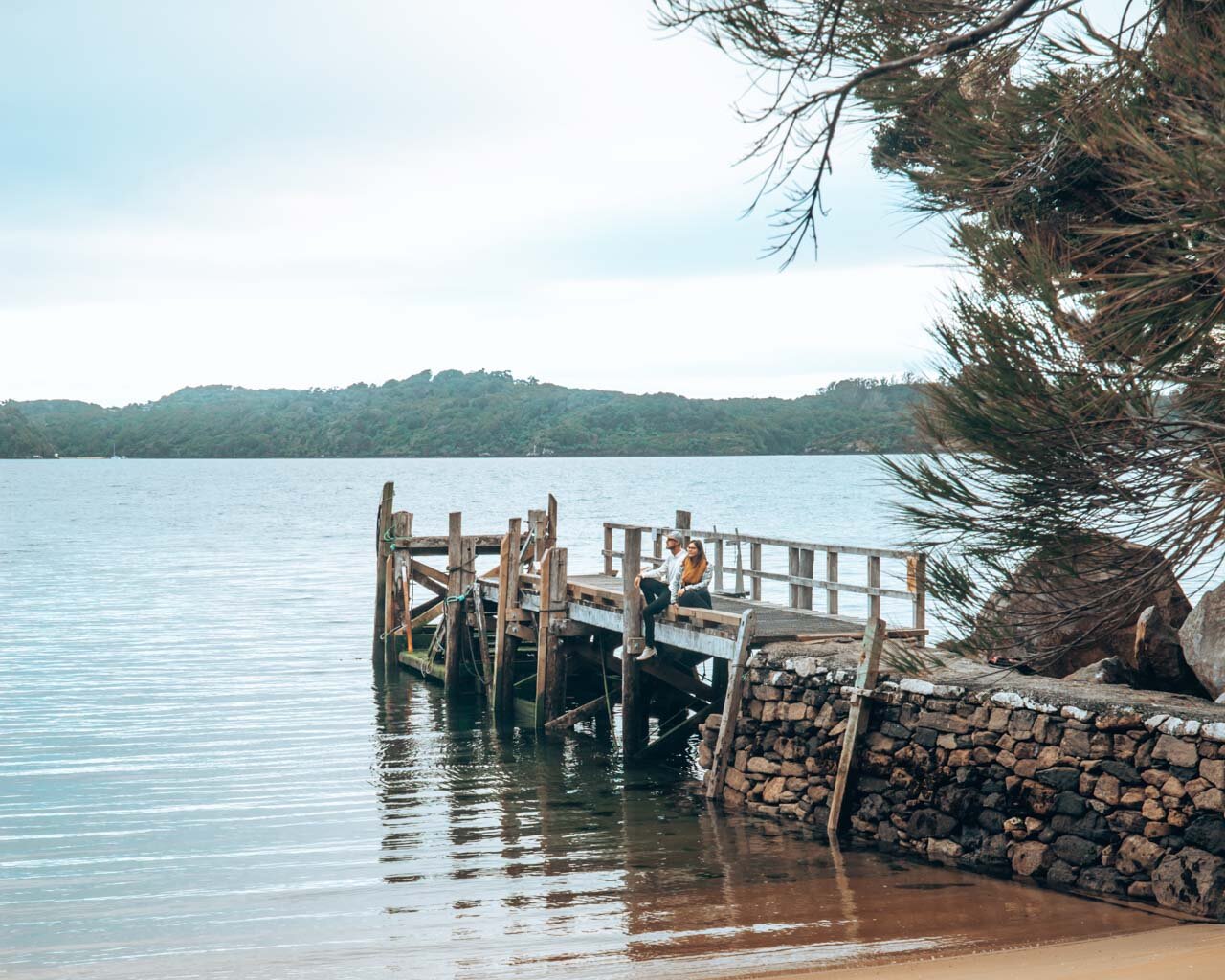 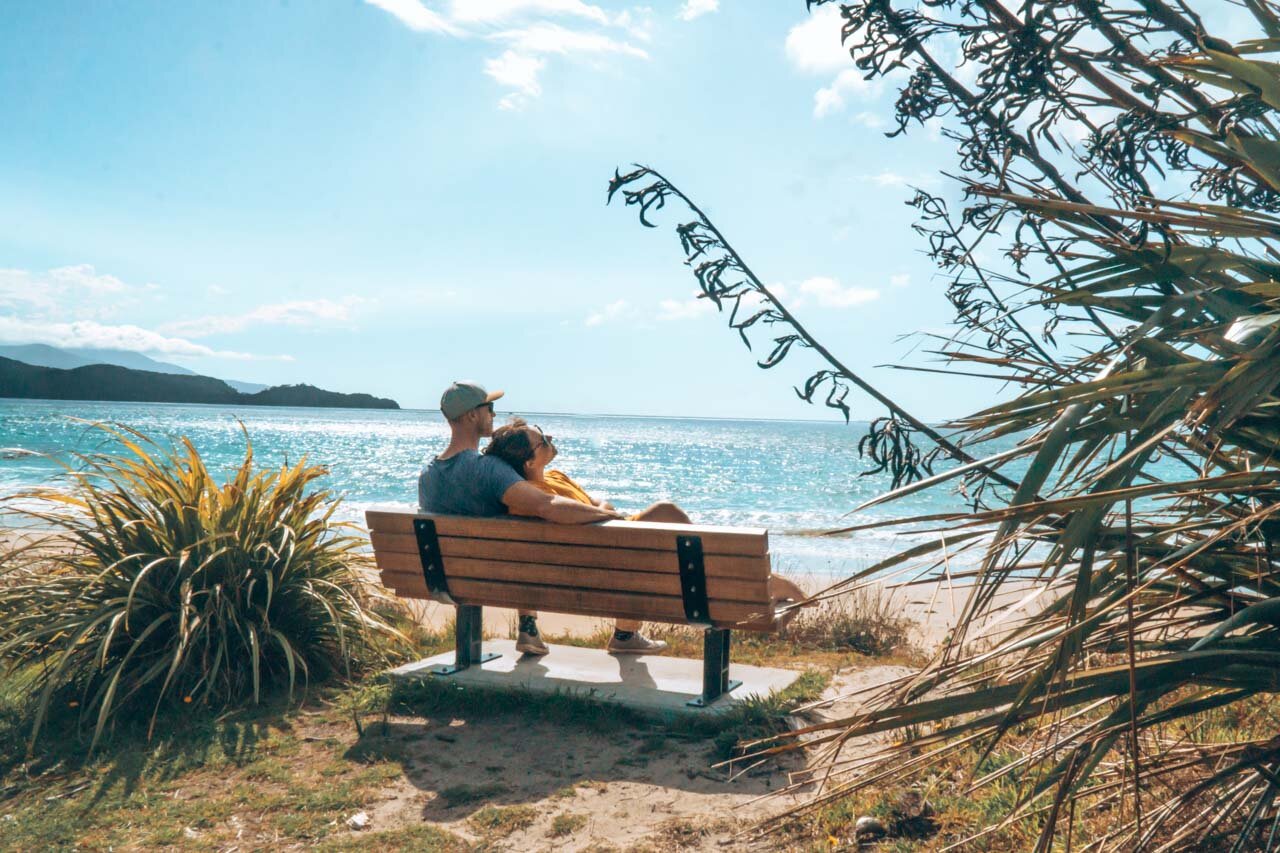 Did you enjoy this article?
Know someone who would like it too? 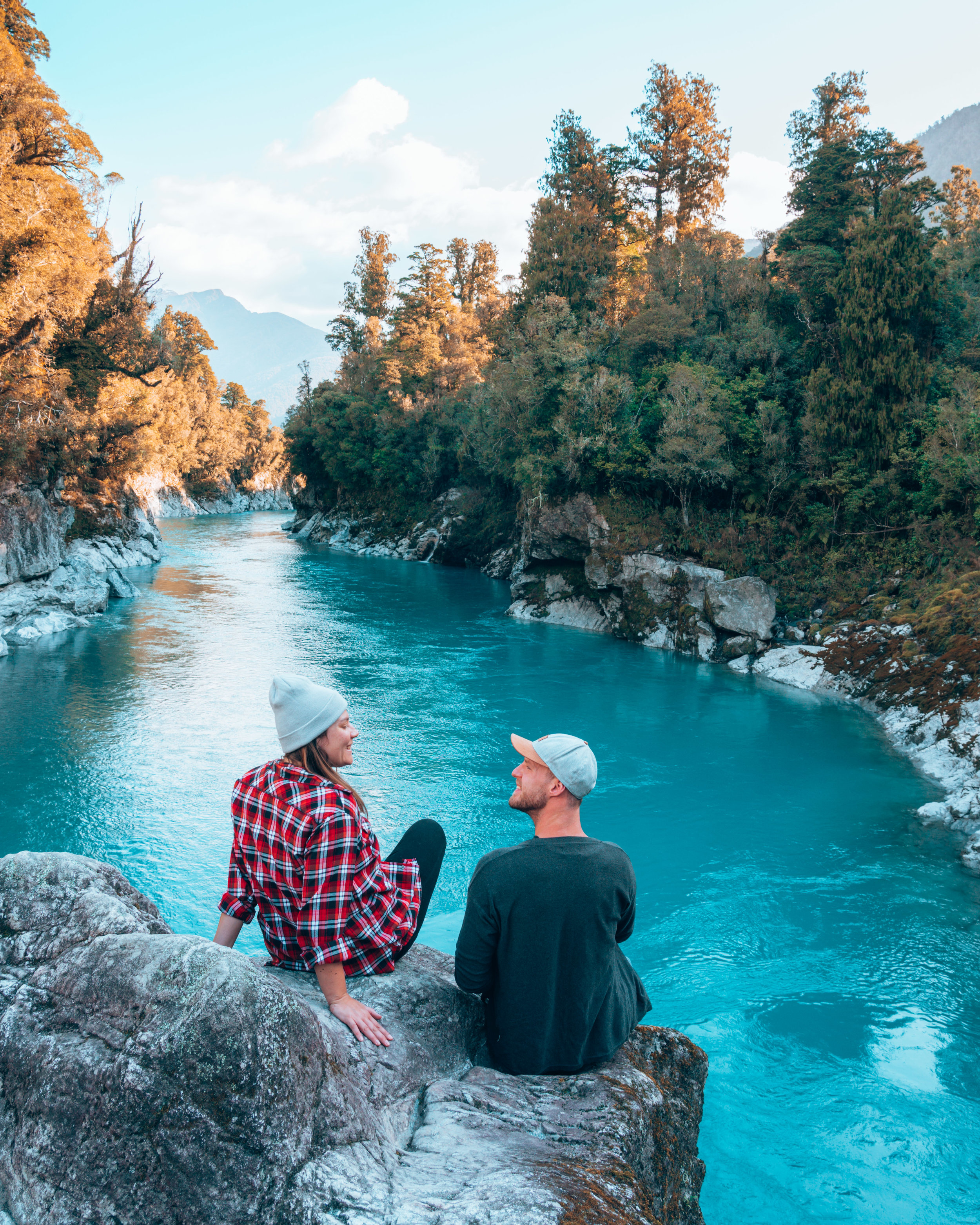 May 27 What to do in The Catlins - New Zealand 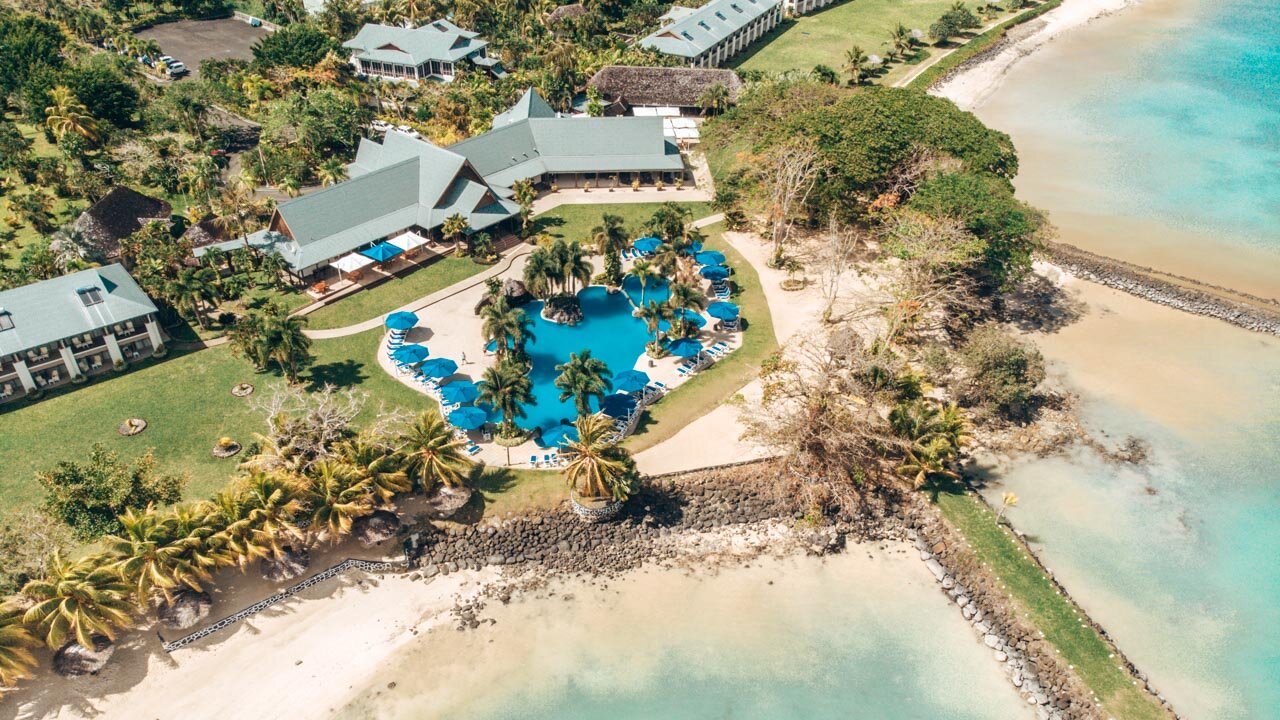 May 6 Where to stay in Samoa - best accommodation in Samoa 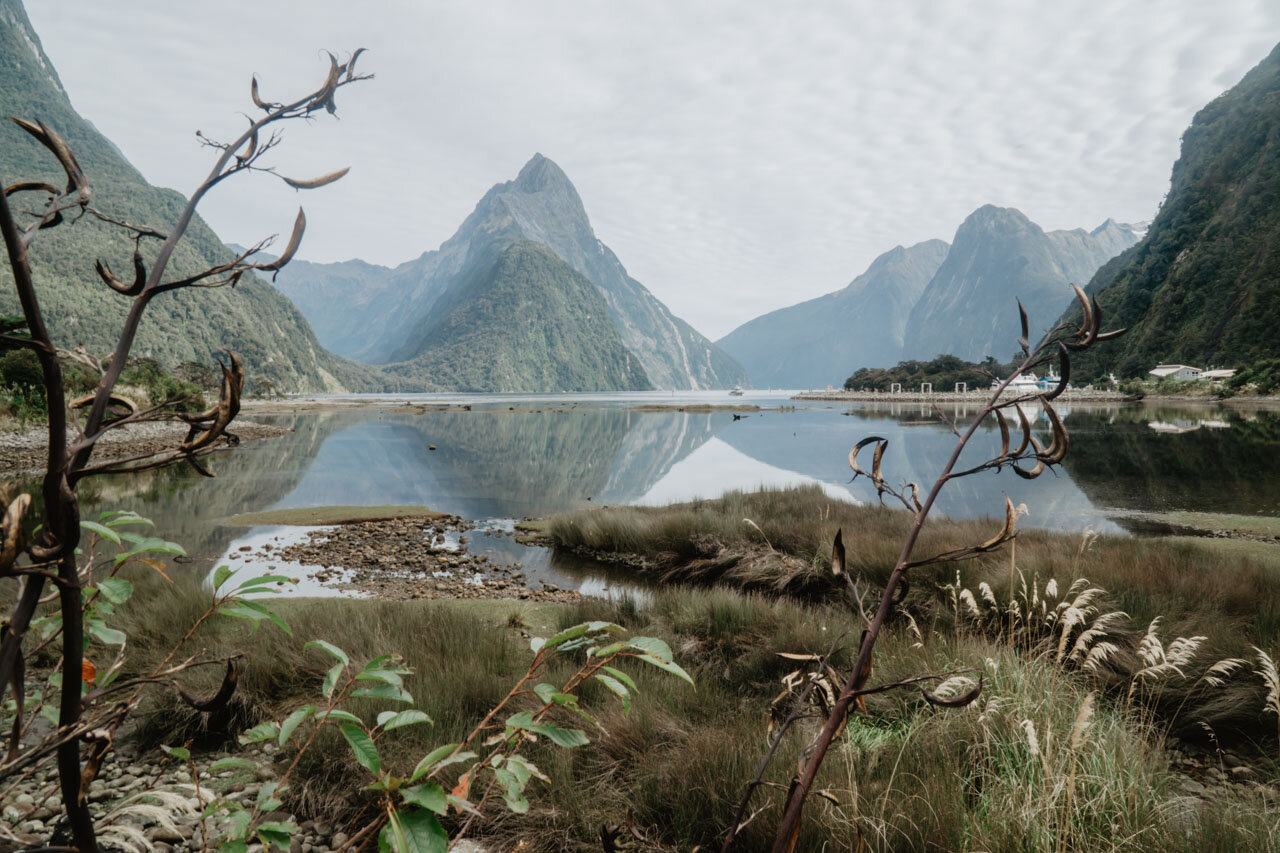 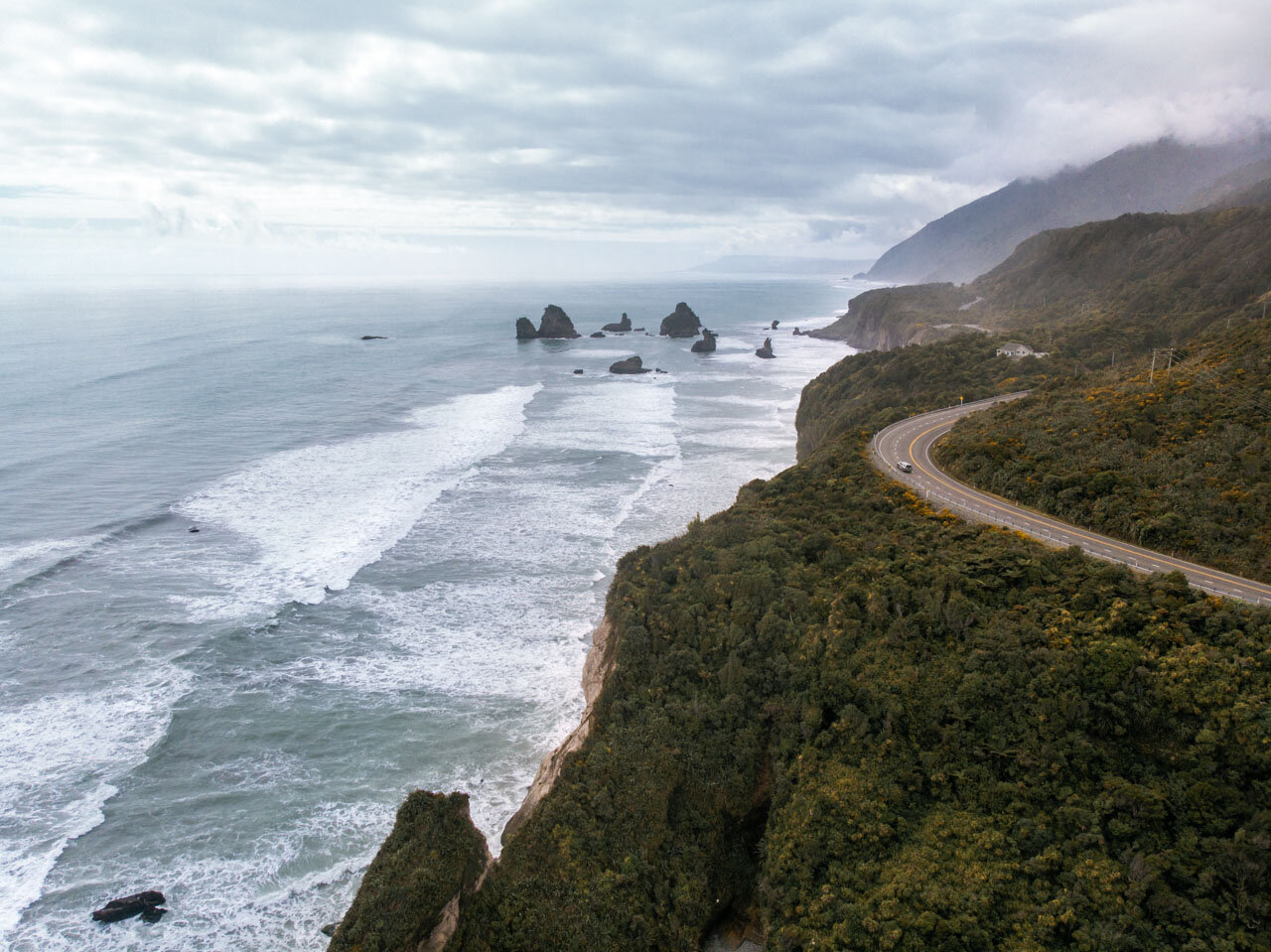 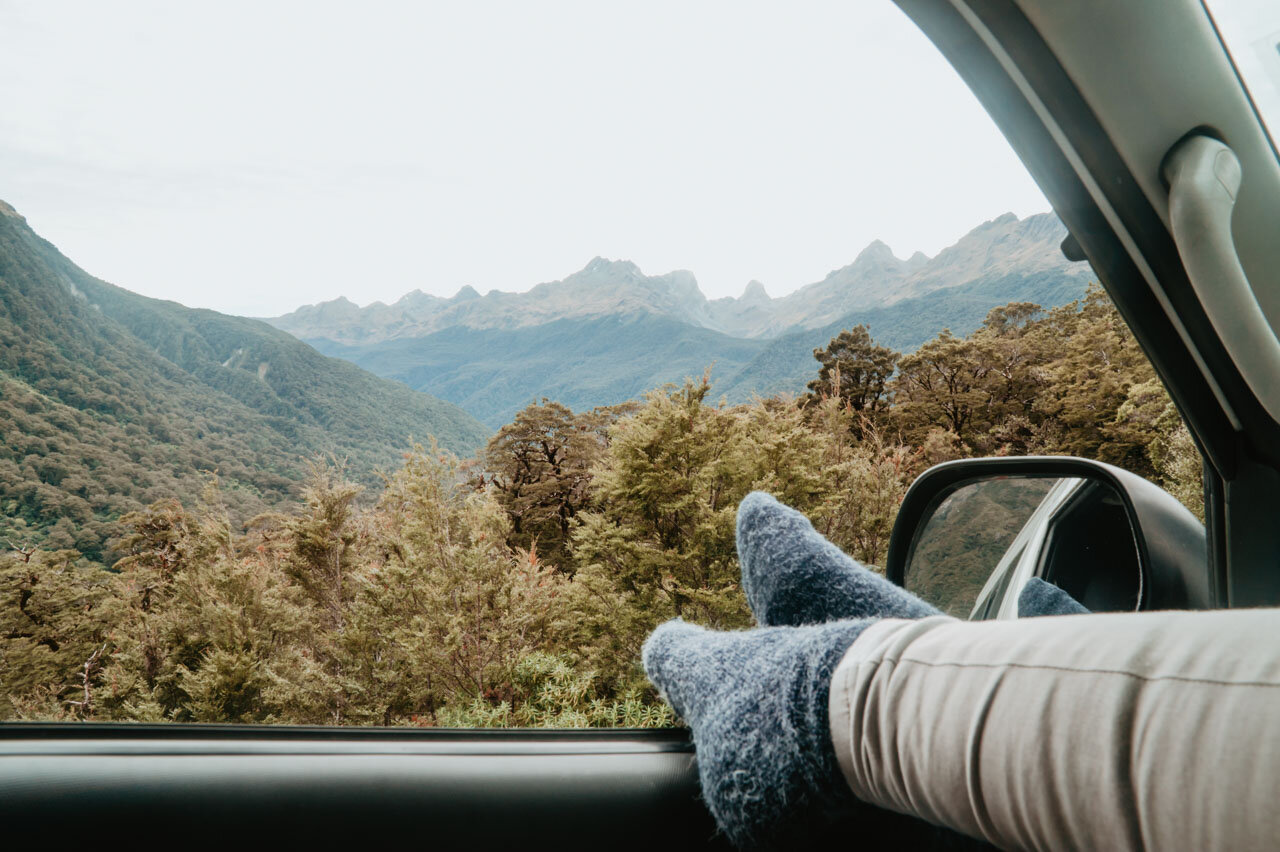